As fate/luck would have it, a few days after being involved in the Penny De Los Santos weekend workshop at CreativeLIVE I got a call from Peter Glick, saying that he was opening a new restaurant and could I stop by to take some photos before opening and at the soft opening.

In the past, I'd start thinking about how to light it. But I decided to head in with a camera and lens, no lights. Work with the space. I also would usually work with longer lenses (85-135mm). But this time went in with a 24, 35, and 50, so I could come in closer and interact with people in the photos.

It was tough to start. Well, the empty restaurant shots weren't so tough. But getting in peoples' faces, especially strangers, is something I still work on. Here are some of my photos from the evening. Hope that my "Inner Penny" came through in these photos of the Back Door at Roxy's in Fremont (Seattle, WA). Official opening is May 25 and it is located behind Roxy's Diner in the old Rain City Video rental space (though you probably won't recognize it as the same space!).

Looking forward to their Sunday "all you can eat" pork rib dinners! 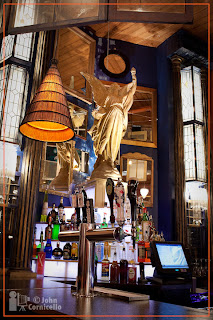 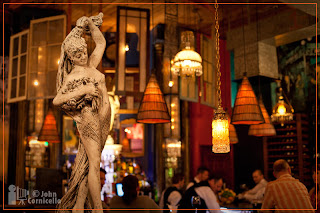 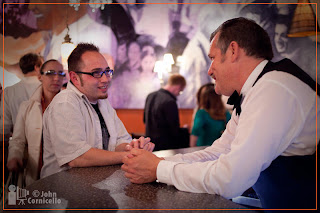 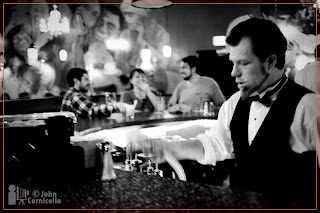 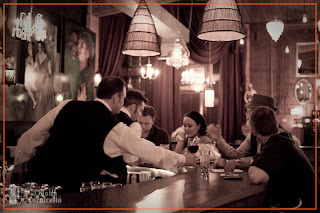 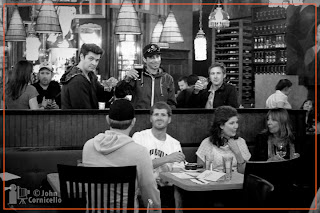 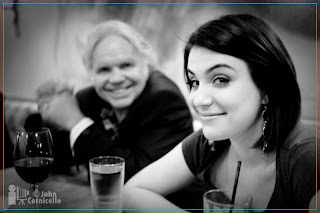 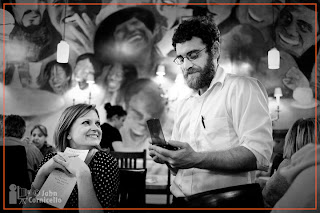