Rosemary out of the water

Last week I posted some underwater photos of a new model I met named Rosemary Timmons. In that post I said I hoped to be able to do some studio work with her. Later in the week I had the great fortune to meet a makeup artist named Kerrin Birchenough. And I was somehow miraculously able to schedule a photo session with both Rosemary and Kerrin for this afternoon. Some weeks the stars all come together. Or maybe it was the full moon... 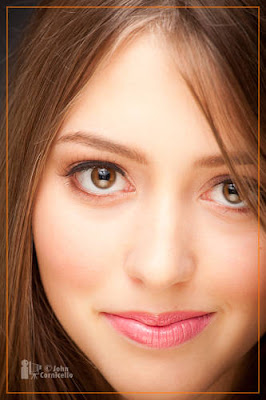 This is going to be a 2-part blog. Here I will first show the images from the session and then I'll post another entry showing behind the scenes and talking about the lighting setups.

As I mentioned last week, Rosemary is signed up with Heffner Management here in Seattle. Kerrin is working on getting a website up and running, contact me directly if you want contact information for Kerrin. I'm going to start off the images with a couple of "before" photos taken when Rosemary initially arrived at the studio. 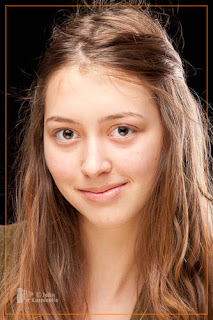 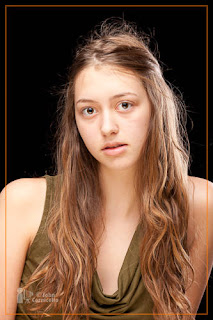 I handed things over to Kerrin to get started on hair and makeup while I made some changes to my initial lighting plan. I'll cover more in the followup, but the basic setup here is a Westcott 7-foot white parabolic umbrella overhead and slightly in front of the model and a small Westcott strip light overhead behind the model, facing directly forward (not angled down). The two before photos above have the strip box to the camera right. That's what I changed while makeup was being applied. I also used an Alien Bees ringlight for some and a flash head with a 10-degree grid or a narrow snoot for a couple.
Shot with a Canon 5dMkII and 70-200IS f/4 L and 90mm f/2.8 Tilt/Shift lenses. Speedotron and Alien Bees lights.

Posted by cornicello at 6:50 PM