Halloween is always an interesting time in Fremont (Seattle, WA). A few days ago I posted images from the big Seduction party at Fremont Studios. Today I have photos from Trollaween, the Fremont Arts Council's celebration of the Fremont Troll's birthday, and from the Naked Pumpkin Run. Where else to you carve a pumpkin, put it on your head, strip of your clothes, and run through the neighborhood?

Let's start with Trollaween. This is an annual event that doesn't get much publicity. Ghouls and Goblins and lots of other people and creatures gather in front of the Fremont Troll under the Aurora Bridge on Halloween night to celebrate the birthday of the troll (installed and dedicated in 1990). Maque DaVis, past president for life of the FAC, produces the show that includes a cast of characters on stage followed by the drumming and dancing skeletons of Vamola leading a procession through the streets of Fremont to another celebration under another bridge, the Fremont Bridge.

Did you know that the Troll is being celebrated this year as a custom CHIA PET available from Bartell's drug stores in the Seattle area? 20% of the proceeds from Troll sales will go to the FAC. 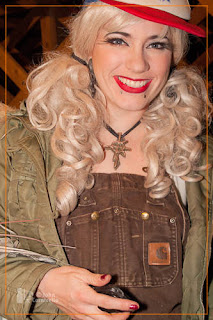 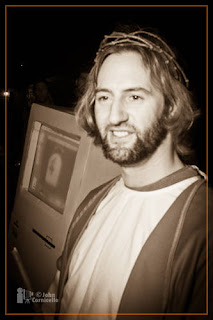 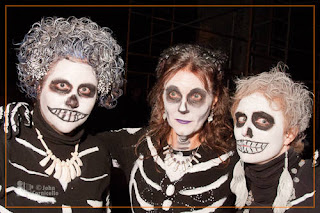 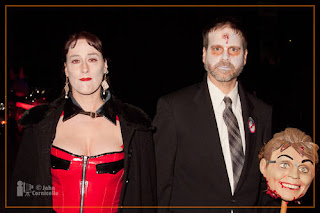 The Naked Pumpkin Run has become a new tradition. Not much to say about it I'll just leave you with these two photos...