The night brought out a wide variety of revelers in a wider variety of costumes and some body paint. For me this was a departure in that I used my flash to photograph guests of the party. Of course I also went for some "available light" photos. Available light in quotes because I believe in the W. Eugene Smith quote that available light is any damn light that is available (which could be strobes, sun, a bathroom wall sconce, etc.). But back to partying... 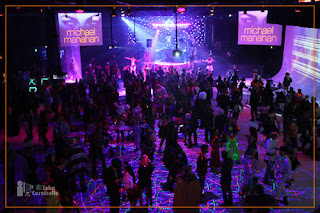 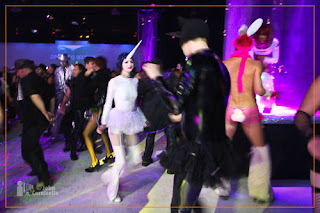 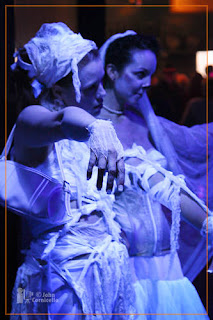 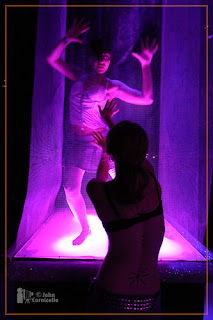 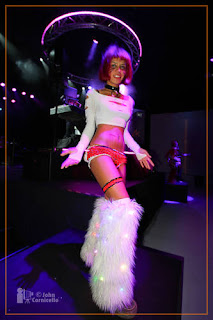 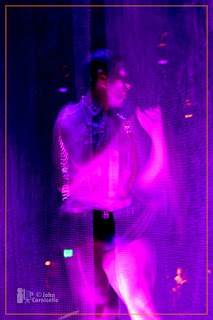 At some point in the night I noticed someone sitting in a large bird cage in the "Village" area of the studio. I thought it was part of her costume, but quickly found out it was not, it was a studio prop, so I set up shop there for an hour or so to take photos of guests in the cage. 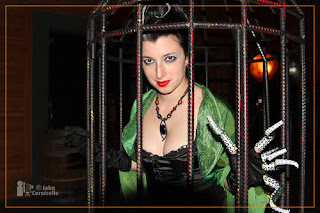 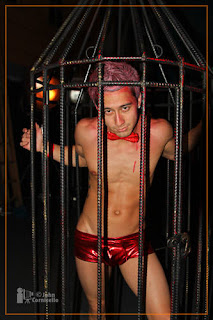 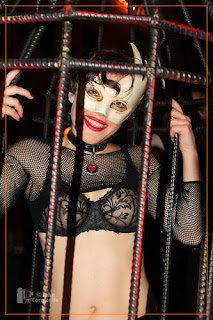 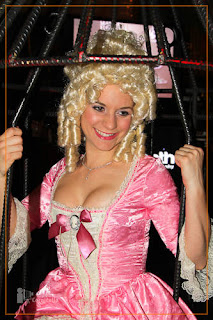 I finished up the night with some photos of body painting and my friend Tiberio, who you may know from previous blog posts about his La Figa project. 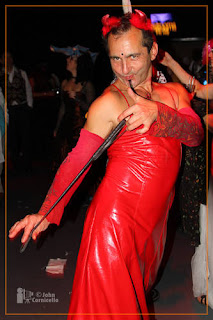 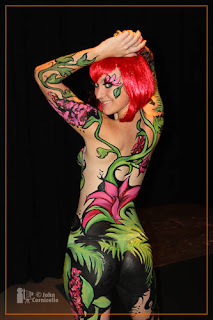 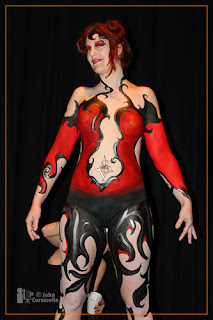 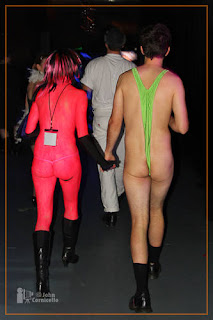 Posted by cornicello at 6:56 PM