There's a new Bob in town!

You may remember that I did a photo session with The Bobs back in January (blog post). Well, as it often goes, after doing a set of photos the line up in the band changes. Amy Bob has moved back to the East coast to attend graduate school at Columbia and to write music for broadway musicals. Angie "Bob" Doctor is joining the group. I can't wait to see the new lineup on stage. Check their site to see if they're coming to a theater near you. It sounds like both Amy and Angie will be at some of the upcoming shows. 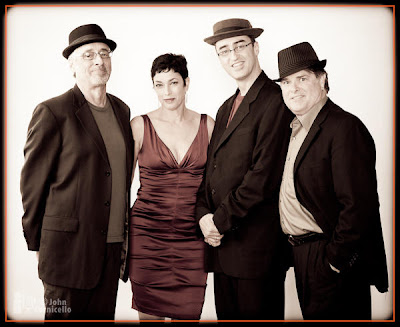 The Bobs are always fun to work with. In the last session Matthew Bob showed up with bags of fruit. Today it was cases of musical instruments.

We needed to do a new group photo. But we also needed to match some individual photos from the last session. I have to wonder if they warned Angie beforehand what she was in for with the "bobbing" photo in the fish tank (which I didn't show last time)... 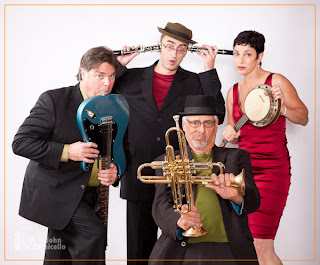 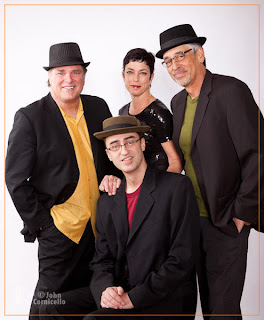 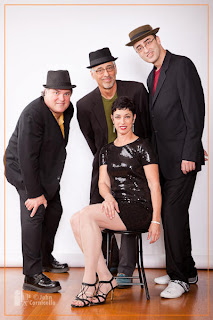 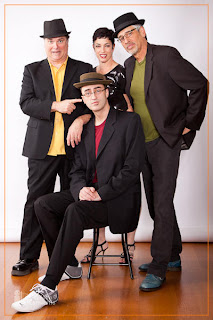 And the water photos. I believe that the credit for the concept of "the Bobs go Bobbing" goes to photographer Michelle Bates during a backstage conversation at the Moisture Festival. Matthew Bob talked everyone into participating, and I just got to make some fun photographs, as you can see here...

For the photographers following along, the lighting for the group photo was a 7' sliver Paul Buff (Alien Bees) parabolic umbrella as the fill light, a 60" Photek Softlighter II to camera left as the main light, and a Westcott 12x50 strip bank from behind on camera left. Flash power packs were Speedotron 805 boxes with a mix of Speedotron heads.

For Angie's head shot and the water photos I used a Photoflex Medium Silverdome NXT with a Speedotron Force 5 monolight.

Posted by cornicello at 3:35 PM