After teaching a class on photographing fireworks for CreativeLIVE last week, I felt the added pressure to get some decent photos tonight. More pressure because I had been planning to take photos from a location I'm very familiar with, but at the last minute decided to deal with the big crowds and go into Gasworks Park. At that point I wasn't sure if I was going to be able to set up a tripod without being in someone's way. I wasn't even sure if there would be place to stand. It was CROWDED. 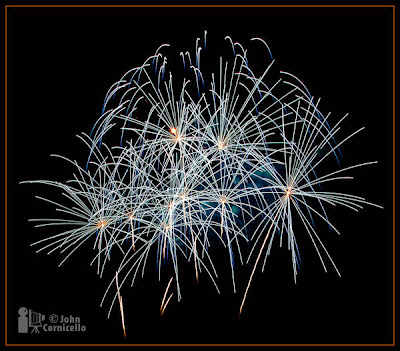 Kim and I got there around 9pm for the 10pm show. We lucked out to find a spot on the edge of one of the paths. The folks in front of us were sitting. The folks behind us were higher up the hill and could see over us. Relief. I really don't like being in someone's way.
The show started a few minutes after 10 with Gail Pettis singing the National Anthem. Followed by another spectacular show. I was kind of surprised, though, that the blasts didn't seem as loud this year as in the past, even though I was much closer to the fireworks that I usually have been in past years.
Enough about the setting, lets look at photos... 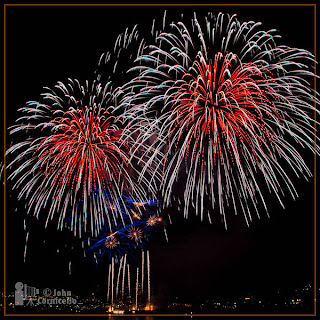 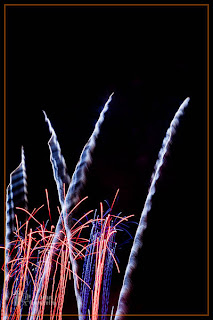 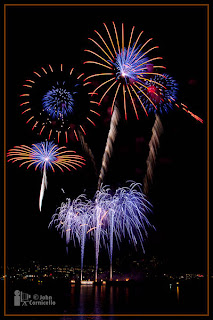 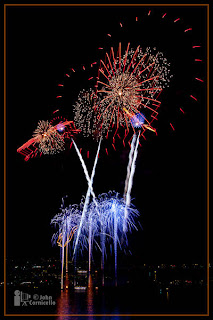 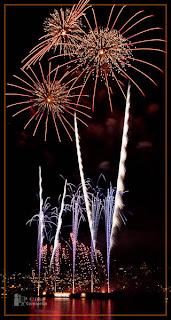 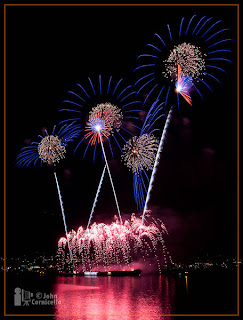 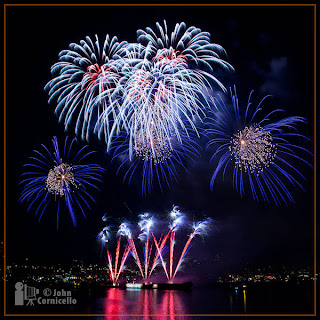 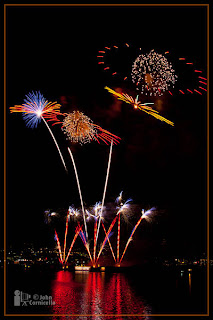 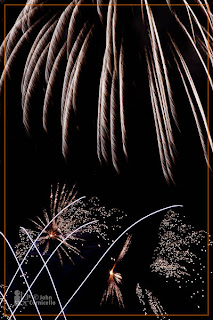 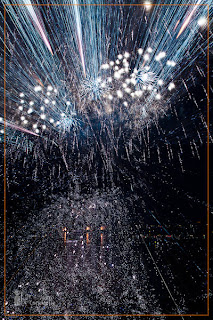 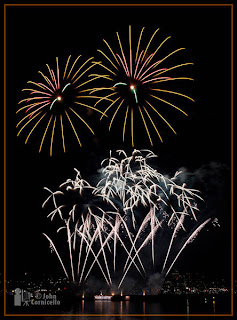 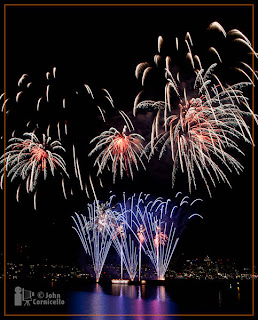