Going with what you've got

Each year there is a procession of decorated boats in the waters around Seattle. They start out at the beginning of December, going to various locations around the Puget Sound and culminate on December 23. One of the main stops on Dec 23 is Lake Union, near Gasworks Park.

The weather is always a concern. Two years ago we had big snowstorms and the snow covered hills of Gasworks park nicely reflected the lights from the boats and from the city skyline. I had my trusty Canon G9 with me that evening and realized that there wasn't going to be much chance of getting a clear image of the boats. Between the darkness, me hand holding the little camera, and the movement of the boats on the water, I had to go outside the box.

I went back to my mantras of "embrace the blur" and experimented with camera motion to make more abstract captures. I really enjoyed them, and was back out there again this evening in the light rain with my Canon G10.

I turned off the built-in image stablization on the camera, held it in front of me and tried various wrist movements to see what I could capture. Sometimes I rolled my wrists, sometimes I swirled. Sometimes I just moved in random motions. Here are some of the results: 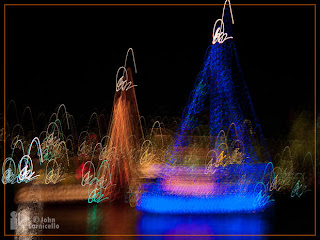 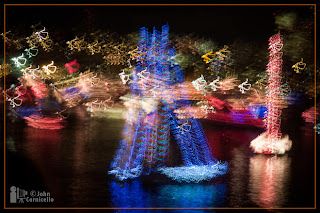 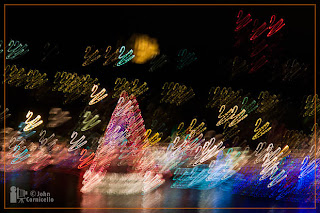 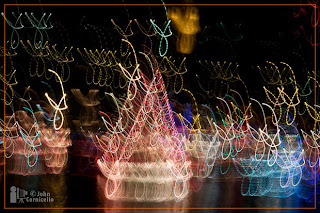 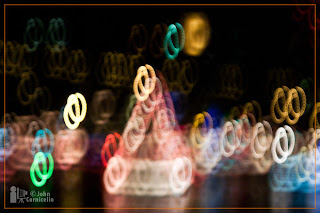 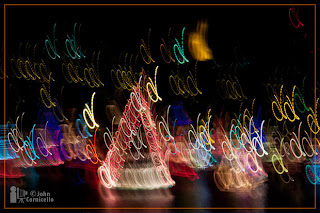 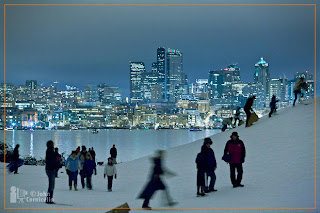 In one of those acts of synchronicity, Craig Tanner has picked one of my holiday ships images for Photo of the Week on The Mindful Eye website.